I am one of those preschool teachers who is known to spoil the babies. I often got guilted of this as a new mom too, but I no longer believe you can spoil babies. However, not being able to cater to one child at a time and sometimes having five to care for at once, I have had to learn to prioritize their needs. This might mean letting one cry because another one needs me more.

One of the things that my experience as a preschool teacher made me realize was that sometimes it’s okay to not cater to every single cry from your child. When my daughter was younger and sometimes cried, I wish I could have told my younger self that it was okay to let her be and that nothing had gone wrong. As long as she was fed, changed, and her basic needs met, if I had something more urgent to do, including basic self care for myself, it was okay to focus on myself.

I had not worked in a preschool yet back then. I see my old self in a lot of the new moms whose kids I care for. They obsess over every detail and want everything done a certain way. I had always had Obsessive Compulsive Disorder with Anxiety, but it just got worse postpartum. I am glad I eventually got some help, but it took a while to get better.  I see my own struggles mirrored in so many parents, especially new moms, as they set unrealistic expectations for childcare not just from daycare workers but also from themselves.

Starting off with the stigma of using daycares at all. If you are able to avoid the costs of daycare, of course that is great, and there are benefits to no daycare as well. But if you have no choice, do not let anyone make you feel guilty, because I now see the benefits every day. One of the biggest benefits I have seen is how having a stricter schedule actually aids children especially when it comes to their sleep. My daughter never had this, and was never a good sleeper. She rotated between me and my husband, who had different work schedules, and my retired mother. Now she is 12, so I cannot get her out of bed some days, and that is no longer a problem, but sleep deprivation was another thing that I feel contributed to my postpartum depression getting so severe. At the preschool I can often get five babies or toddlers to nap for a long time, but could not get my one daughter to do the same at her age.

Furthermore, kids who are in daycare and/or always around siblings seem better at handling confrontation with other children in general. This is something my child has had to work on over the years. I have noticed that she would often try to parent the other children or want things done her way, because she was used to her way with no other children around at home.

My role as a preschool teacher has taught me a lot about parenthood. It has given me insight into parenthood from the outside, giving me time to differentiate my experiences as a parent and as a caretaker. 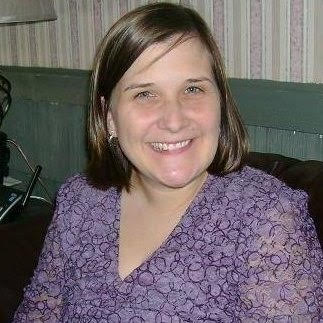 Amanda Dodson Gremillion published her first book in ​2012.  She began revising it in 2019 and republished it as Just Buy Her A Dress and She’ll Be Fine. The story chronicles her experience with severe postpartum OCD, anxiety and depression. Amanda is also a regular contributor for the Mighty, a mental health website with millions of followers. Amanda is a graduate of Auburn University, and now lives in Calera, Alabama, with her husband, Jay, their daughter, Aubrie, and their two dogs, Honey Girl and Cooper. She hopes to write more books in the future and is also a preschool teacher. Follow Amanda’s journey at justbuyheradress.com.