The worry of a mother is a powerful thing. As is the mind. What stressors can do to your “mommy brain” is beyond anyone’s control, even science for that matter. Sometimes—though rarely—a mother will suffer from Postpartum Psychosis. It can engulf every woman differently and is more than just having depression. This disease will not only seem to devour the mother but will most likely affect her whole family.

Back in 6 Weeks, set in the 1980’s, is a novel by Sharon Gerdes, based on real life events. Kate, a military pilot’s wife, gives birth for the second time, and struggles with postpartum psychosis. The book tells that story, and that of her recovery.

As I read, I was pulled into Kate’s world, her mind, and could not fathom what was about to happen. I could not put the book down. It was truly fascinating.

You may ask, what triggers her psychosis? Is there a science behind it? There are always more questions than answers but one message is clear from this book: postpartum psychosis is treatable.

In Kate’s case, she knew something wasn’t right with her pregnancy and no one was listening.
Enter, postpartum psychosis.

A very small percentage of new mothers, just one or two per thousand, experience postpartum psychosis. These women may hallucinate (seeing or hearing things that aren’t real), and/or have delusions (thoughts not based in reality), and experience extreme insomnia, agitation, and bizarre behavior. In Kate’s case, her mind went into a form of “survival mode”. The need to protect her baby was so grave because, in her mind, everyone was against her.

This healthy, strong, career woman was now on the brink of losing everything because her thoughts were being derived from an unreal source. According to her, the things Kate said or did were completely rational, given the internal logic of her delusional thinking.

Getting back to work, her career, in 6 weeks was not an option. She was hospitalized. Being separated and not bonding with her newborn son was just utterly killing her. Guilt set in and worry consumed her.

The life of a military pilot’s wife is not the same as an enlisted wife, and not the same as a civilian. There are judgmental eyes, there are reputations to protect. It is not an easy life to live, especially if you have this disease of postpartum psychosis to manage.

Every time I read a personal story about postpartum psychosis, I gain more insight, including learning what the warning signs are or the action signs. The more education there is available, the more spouses, families, and friends will be able to help these mothers facilitate their own healing.

That is the power of reading this personal story by Sharon Gerdes. Moms who suffer need to know, “It’s just not me!” and that they and their families are not alone.

For most women, recovery is two steps forward, one step back. With treatment you’ll start to have a few good days, and feel solidly on the path to being you again. Just know that many women traversed that dark tunnel and came out into the light to stay. You are moving in the right direction. You and your baby are worth waiting out the stormy days.

And your sisters in motherhood need you.

Resource: Back in 6 Weeks by Sharon Gerdes 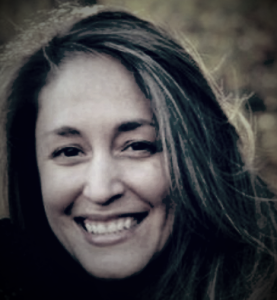 Toki Castro-Tover is a 39 year old native Californian, military wife, and working mother of two baby girls. When she isn’t working for a government contractor building weapons and systems for our wonderful military soldiers, she is blogging on her personal site at Rock The Baby Bump, where she reveals the joys, craziness, and “what the French” struggles of being a first-time mother.