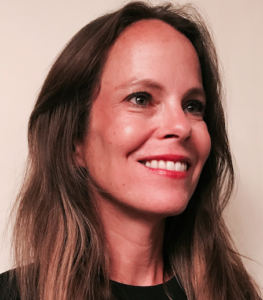 Tell us a little about yourself outside of your work

I live in Cambridge with my husband Peter and our three daughters: ten year old Anna and seven year old twins Sophie and Daniela. I was born in Haifa, a city on the Mediterranean in northern Israel, to a Holocaust survivor father. I served in the Israeli Air Force for two years, majored in psychology at Tel Aviv University and later on moved to the States to pursue a doctorate in Clinical Psychology at Columbia University. I joined Harvard Medical School as a faculty member in 2013. I also have a private practice.

What sparked your interest in maternal mental health? Is there anything you’d like to share about your path?

Earlier in my career I studied how individuals cope with highly stressful life events, events that we would commonly consider traumatic. I studied traumatic stress, resilience to trauma, growth in the wake of trauma, and the effects of trauma on the next generation.

As a scientist who is also a mother, I became curious about the postpartum period. I observed that though it is a highly important and special time in the life of the mother and her baby, the science concerned with postpartum mental health is still relatively in its infancy, and I began tracking the ways in which mothers cope with the aftermath of childbirth. In doing so, I became convinced that postpartum care needed to be improved, and the first step towards doing that was to conduct more and more novel research in this area. Such research would make treatment more precise and varied, to help better support mothers and their babies, which would eventually lead to a healthier society.

Tell us about your research, including the cross-discipline approach

Research in my lab at Mass General is focused on identifying the factors and underlying mechanisms implicated in maternal psychopathology and those linked with positive adaptation following childbirth. To this end, we combine psychological, physiological and neuroimaging tools and hormonal measures to prospectively study women from pregnancy, within hours after parturition and again months later. Ultimately our goal is to develop novel tools for early detection of mothers at risk for postpartum mental disorders and preventive treatments that are effective and safe and meet the particular needs of new mothers and their babies.

Although childbirth is usually considered a uniformly happy event, our research shows that some women may experience a traumatic childbirth. Some will go on to develop posttraumatic stress disorder (PTSD) evoked by childbirth, which is a condition we know very little about. We ask what puts a mother at risk for developing childbirth-related PTSD? How is the child affected? And most importantly, what enables women to recover and even grow psychologically following a traumatic delivery?

Is there something your research pointed to that you’d like to be more widely known?

We have studied over 1,300 women in our lab. Some suffer from PTSD following childbirth, others from postpartum depression, and yet others from both. They are all very brave to share their private stories with us. They are likely to under-report their symptoms, and many of them have never received mental health treatment, even among those endorsing postpartum PTSD for years. I am glad that through the research they can connect with appropriate services.

I believe that through scientific work we can increase awareness of postpartum mental disorders and PTSD among mothers and postpartum providers. Rather than a woman thinking that it is OK to feel bad and that she simply needs to get over it, as I have often heard from our participants, our research will lead to the development of effective screening tools to identify women at risk and offer them appropriate interventions early on. We are now conducting an NIH funded trial examining an oxytocin-based intervention for postpartum depression and PTSD. We are also beginning to study the maternal brain to better understand neural correlates of postpartum PTSD and maternal bonding impairments. This work can lead to identifying novel targets for intervention.

One of our participants said: “I hope this helps other women not to feel trapped because they felt depressed”. Funding is a crucial barrier to conducting the research needed to improve postpartum care. Any donor gift to such research will translate to better support of new mothers and infants.

How has PSI benefited you and your career?

I was honored to be the recipient of the 2018 Susan A Hickman Memorial Award by PSI for my research on testing a novel treatment approach for bonding impairment implicated in maternal mental health disorders. This award has tremendously helped to increase awareness of the research we do at Mass General and Harvard. PSI has also helped me to develop collaborations with other researchers and connect with its great leadership team.

On a more personal note, the PSI community has given me further certainty to believe that what I do every day, and the knowledge gained from every single subject we study, can potentially benefit thousands of new mothers in the US and other countries to achieve a healthier life.

To learn more about my research please visit the Dekel Lab at Massachusetts General Hospital.

Before and After Featured PSI Members: Dr. Melinda Thiam and Dr. David Hodson
Scroll to top