“If This Is So Common, Why Haven’t I Ever Heard of It?”
Jenny Schermerhorn 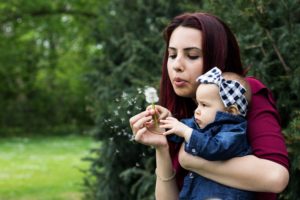 “I think you might have Postpartum Depression” was something a close friend said to me at my first child’s 1-year-old birthday party.  I remember thinking “That’s what bad moms get”.   I blamed myself, and I pushed it aside.  I had no idea what postpartum depression was. I never once thought that it meant that maybe I should seek out help or extra support, or that it might not be my fault.

Fast forward ten years- and I’m a mom of an 11 year old and a 9 year old, both girls.  Since having children I’ve gone back to school and earned a Master’s Degree in Clinical Mental Health Counseling.  While I was in school I learned what postpartum depression was, learned about its symptoms, recognized how it affected me and my child, and even my relationship with my partner and friends. I also learned how common it was, and how different things could have been if I had known to reach out for support and treatment.

Now I work as a therapist in private practice, focusing on treating women who face postpartum mood disorders like depression, anxiety, OCD, and other stresses around the preparation for and the transition to parenthood.

I can’t tell you how many conversations I have had with friends, colleagues, family members, community members and clients where I share some of the common symptoms of pregnancy or postpartum mood challenges or transition stress, and they say “Yes! That is exactly what I am feeling! I can’t believe all this time I was blaming myself for this, and it’s not ME.  If this is so common, why haven’t I ever heard of it?!”  I’ve realized as a therapist that part of this work is helping bring awareness to individuals and communities that postpartum mental health challenges exist, how to recognize them, and that they are the NUMBER ONE complication of delivery for women.  I’ve been wondering for years how to make this information more accessible to people.

90% of Texts Are Opened In The First 3 Minutes

And then one night, I was doing some research, and I saw an ad for a texting service that said “90% of texts are opened within 3 minutes”.  And I thought, yeah, everyone reads texts.  And my next thought was- what if there were texts that gave women information on postpartum mental health? (Yes- I’m a huge nerd and this really was my next thought).

So I sat down that night and wrote out many of the most common topics that I talk about with my friends, family and clients:  Symptoms of postpartum depression, anxiety, and OCD, baby blues, ways to calm and cope, sleep, going back to work, intrusive thoughts, bonding with baby, social pressure, postpartum psychosis, and helpful resources.

Then I found a texting service that would allow me to store the texts to be sent at set intervals (twice a week for 3 months) and let people sign up from their phones.  I considered sending the texts from my phone to save money, but quickly realized that would be waaaaay to time consuming.

It was incredibly difficult to write all the information I wanted to give on one topic in 160 characters! For my first few texts I thought I had done a good job of pairing things down, and my texts were 900 characters long!  I kept cutting, trimming and deleting. For many of the texts I include a link to my blog where I wrote blog posts specifically to accompany the texts to give the extra information I just couldn’t fit in the message itself. I tried very hard to make each text function as a stand alone message- because I know moms are busy and can’t always follow a link to read more information.

The response has been much larger than I expected.  At first I planned to provide this just for my home county (Buncombe) in North Carolina. I figured I’d have 20-30 people signed up at a time.  I shared the text logo and sign up information on my business Facebook page one Saturday evening in March.  By the end of the night I had people from all over the United States emailing and Facebook messaging me. Within 24 hours 200 people had signed up.

The response indicates to me that many other professionals who support moms and moms themselves have seen and felt the same need that I had noticed for women to be given access to information and support around mental health during their pregnancy and postpartum seasons.  It was exciting ya’ll – and overwhelming. I had paid for a plan to send 500 texts over one month. And that was used up in the first week.  Right now I’m sending out about 800 texts per week.

That same night in March I had put a printed out a flyer that I was going to drive around Asheville, NC and ask OBGYN’s to hang up in their offices.  Instead I started receiving about 50 emails a day asking for a copy of the flyer– from a social worker in Chicago, a nurse in New Mexico, and a midwife in Alaska.

Already there are women all over the United States, from Massachusetts to New Mexico receiving these texts.  I am thrilled that so many women are accessing information that will hopefully encourage and empower them to care for themselves! Especially in a society where all the postpartum care is currently focused on the baby- this is a message- to moms all over the US that they are JUST as important as baby during the postpartum time and they need care too.

So far, I’ve gotten good feedback from moms.  I tried to use simple, non-clinical language, and write in a way that doesn’t read like a medical journal. If you try the texts and have feedback- I’d love to hear it.

US & Other Countries: Emails Bridge the Gap

Women have written me asking for the information to be provided in other languages and made available in other countries.  My hope is that MotherWise Postpartum Mental Wellness Texts will continue to expand in the ways it can be accessed by mothers.  I created a set of emails that contain the same information as the texts, and are also sent out every 3 days for 3 months. People can sign up for those by visiting: https://mailchi.mp/443fd52edaf3/motherwise  This allows mothers in other countries (and within the US) to receive the same information if they have access to a computer.

Finding a way to make the texts sustainable is a challenge for me right now.  I’ve realized that I won’t be able to continue paying out of pocket for each text, if it continues to grow. It costs about $1 for each mama to receive all 19 texts in the series.  And I really want this to remain a free resource for women.  Right now I’m gathering a group of professionals who serve postpartum women as doulas, midwives, physical therapists, OBGYN’s, dieticians, nurses and mental health professionals across who country to be listed in a nationwide directory www.motherwisementalhealth.com My hope is that women will have a central place to find support, and the fee people pay to be listed will sustain the texts. I’m also hoping that we’ll have the texts translated into Spanish and Russian during 2019.

One of the most exciting parts of this process so far has been meeting people all across the world who are just as passionate as I am about new mothers and their mental health.  And honestly, it’s a dream that this information is getting into the hands, and lives of more awesome women, empowering them to better understand their mental health, and the resources and options available to them.  I want to see more women who know the signs of postpartum mental health stress, lower rates of postpartum mental health issues, and more supported, healthy women who feel connected with themselves, their community, and their babies. 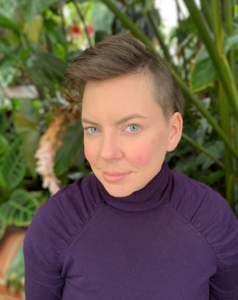