My name is Thai-An. I am a therapist and a mother, and this is part 2 of the ups and downs of my motherhood journey. You can read part 1 about my struggle with infertility here.

I am pretty emotional as I write this. No, I’m not sitting here blubbering or anything. I’m over the blubbering phase, thank goodness. That wasn’t pretty. But why do we have to be pretty all the time, anyway? I’m emotional from the intense gratitude I feel right now for my recovery from postpartum depression and anxiety, and to really feel like myself again. To be able to truly love life with my little family. I think the lows of depression contrasted with the highs of recovery makes living life today that much sweeter.

My daughter turned 15 months in June of this year. We just went for a walk outside. She reached up for me to pick her up so she could check the mailbox. She gets pretty excited when she sees mail in there, flailing her arms as she squeals with a bright smile on her face. She is the cutest. Look at her three little teeth and that mischievous tongue! She’s happy as a lark, and so am I. It’s been a journey to get here. 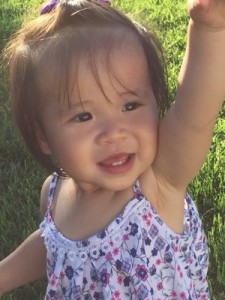 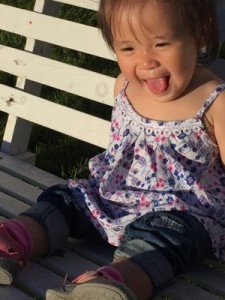 The devastation of postpartum depression
My daughter was born on March 7, 2016 at 7 lbs 6 oz at 7:07 PM. We knew we hit the jackpot with this one with all those 7’s. They said she could’ve been 7 lbs 7 oz if she didn’t have a huge bowel movement right before being weighed. She was perfect. We had been looking forward to bringing her into the world and seeing her sweet little face. I had no idea how hard it was going to be. The labor and delivery were exhausting. Thirteen hours to pop out that beautiful 7 pounder. Did I already say that women are tough? How we do it and heal, I’ll never know.

As I look back, I started to know something was wrong about a week after bringing her home. Being unexpectedly hit with postpartum depression was completely devastating. I felt like all I wanted for so long was to be a mom through our infertility struggles, but once I got exactly what I’d been hoping and praying for, all I wanted to do was run the other way. I couldn’t even enjoy my baby girl after she was born. I feel guilty even as I type these words today. It hurts to look back at that time. I definitely don’t want her to ever think any of it was her fault or that there was anything wrong with her. Postpartum depression and anxiety is just something none of us could plan for. We definitely don’t ask for it.

My symptoms of postpartum depression and anxiety
By about a week in, I hadn’t slept much at all. I’d lay my head down and would just hear wailing. I heard her cry even when she wasn’t crying. I think I got only about a couple of hours a night. It was the greatest exhaustion I had ever felt. Nothing prepares you for the sleep deprivation from bringing a newborn home. Breastfeeding also wasn’t going well. She had a tongue tie, diagnosed the day after she was born by a lactation consultant in the hospital, but the hospital pediatrician said it was “mild” and didn’t recommend the tongue tie procedure at that time.

By about two weeks in, I was ready to throw in the towel. My baby would cry and cry trying to feed, and I would eventually cry as well from complete frustration and physical pain. My body was trying to heal from the wounds of labor as more wounds were forming from the shallow latch. That was rough. Then my mom would also cry as she saw how defeated I felt, and she knows I don’t easily quit. That’s right, three generations of females crying in one room. My poor husband had no idea what to do with us.

I grew increasingly anxious. I needed to get some rest, but could not sleep for the life of me. I became so restless, just pacing the room. I couldn’t stay still in one spot for too long. I became terrified that the baby was going to starve to death. At the moments when I should have slept, I was on Google looking for answers for the breastfeeding and sleep issues. I went to get her weighed by the pediatrician before her scheduled appointments. The first scale showed that she had lost more weight, which really concerned me, so they took her to another scale, and this one showed she was almost back to her birth weight. I was sure the second scale was wrong. Anxiety isn’t the most logical creature that ever lived.

I wanted to switch to formula but developed anxiety around which brand to choose, disappointing others for “giving up,” wasting money on formula when I could produce milk, and making a “selfish” choice for my baby’s health. Racing thoughts were the worst, next to Google. The articles on the “right way” to get her to sleep and the “right way” to help her feed often made things worse. There did not seem to be a lot of support around formula use either. This was possibly due to my seeing the world through the lenses of anxiety and depression, but all I noticed were the messages that “breast is best,” shame on you for using formula, and get her to sleep or you’ll train her for bad habits. Bottom line, do x, y, z just right or you’ll ruin your baby and possibly kill her.

I became scared of my own baby.

So I kept trying with nursing, despite increased exhaustion, anxiety, and frankly, just straight up misery throughout the process. She was a tiny, helpless, little thing, and—this hurts my heart to say now—I was scared of her. I was scared of her waking up. I was scared that I wouldn’t be able to soothe her. I was scared that she’d want to feed and we couldn’t latch. I was scared that she’d die in my care. I felt like a complete failure as a mother. I hated this feeling. I was convinced I couldn’t raise her and wanted to give her away to a mother who could raise her better. I ended up asking my mom to raise her and told her I’d pay her for it since she’d have to quit her job. This scared her quite a bit. It scared me, too. I just completely believed that my baby would be better off under someone else’s care.

This was the B.S. from depression and anxiety, though. They lie to us, and they lie really well. It’s hard not to believe the lies when we’re in the middle of it all. Soon I did not recognize myself in the mirror anymore. I was in this brain fog and it was hard to focus or concentrate. This was not like me at all. It was like depression and anxiety devoured my confident, joyous spirit and left an empty shell. In the famous Harry Potter series, J.K. Rowling’s dementors were the personification of her depression. Dementors would suck out your soul, leaving you trapped in your own head with the worst experiences of their lives. It is a brilliant depiction of depression.

When others came to visit, I was on edge. I was relieved when the baby was sleeping but scared that she’d wake and they’d see what a failure of a mother I was. In my depressed mind, everyone could soothe her better than me. Despite mostly being frantic and hopeless on the inside, I continued to try to hide and appear normal on the outside. I was too ashamed to let anyone know all my thoughts and feelings. I realized it’s easy to hide our internal turmoil. I don’t think many people had a clue. It’s a kind of relief to know we can still pass as functional human beings. The flip side is that it is lonely to suffer alone.

Then the suicidal thoughts came. I was terrified that I would never get better. I was afraid I wouldn’t be able to function normally or go back to work, then I’d just be a useless burden forever. I had fantasies about how to end it all. I prayed to not wake up, and that’s a pretty awful prayer.

This was a shocking reality for someone who generally loved life before all of this. Thank goodness for the support of my family and friends through this time. I don’t think they had any idea what to do with me, not that anyone really knew the depths of my struggle. It really wasn’t all doom and gloom, though. There were still some moments of laughter around my daughter. They were just few and far in between, and overshadowed by the darkness.

I knew suicide was a perceived solution, but not a real option. I just could not bear the thought of hurting my loved ones like that. I was desperate for a real solution. After dreading a large chunk of my waking hours for a couple of months, I hit a turning point after my mom came to visit. She looked so sad as she left, not knowing what happened to her joyous, fun-loving daughter. I thought to myself, “I just can’t live this way.” I knew I had to do something about it. This was my turning point. 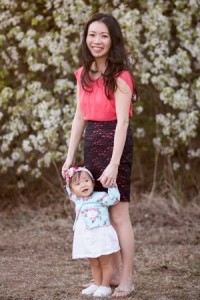 Don’t worry! Things get much better. The third part of this blog is on my recovery. It was hard writing this and rehashing all the memories and emotions. I’m glad the nightmare is over, and I’ve gained so much more empathy and understanding for the people I have the privilege to serve.

You can learn more about postpartum depression and anxiety symptoms here. Your symptoms may be more severe than mine, or they may be less severe. Either way, it is important for you to know that your pain is valid and you deserve to get relief from your suffering. I hope my vulnerability gives you strength to share your story and get help. Read my next installment to learn about how I overcame my struggle with postpartum depression and anxiety. 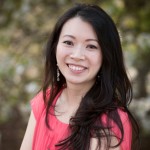 Thai-An Truong, LPC, LADC is a therapist and mother who is passionate about helping pregnant and postpartum parents overcome depression and anxiety so they can get to feeling like themselves again and enjoy life with their baby. After overcoming from her own battle with postpartum depression and anxiety, she opened Lasting Change Therapy, LLC in South Oklahoma City to help others in their journey into parenthood. She lives in Oklahoma City with her husband and daughter. She loves life with her family and hopes to help other moms and dads toward recovery and loving life, too. Visit her website: www.lastingchangetherapy.com

Blog posts in the PSI Series by Thai-An Truong

The Journey of Healing from OCD