What Postpartum Depression Taught Me About Mental Illness, Women, Class, and Work

I cannot remember my first son’s birth. I remember how dry my throat was during labor, and how they told me that his heart rate was dropping. Then I remember, many hours later, changing a diaper full of meconium. The time between is gone.

A few days after that, I checked myself into the local hospital. From there, I was sent to a mental health facility an hour away. They put me on an antidepressant and an antipsychotic. Finally, I was diagnosed with postpartum depression, anxiety, obsessive compulsive disorder, and potential psychosis.

I returned to work three weeks later. Then I quit my job.

With severe sleep deprivation in addition to lethargy, I knew I couldn’t be a good teacher to my students. I couldn’t even sleep, eat, or care for my son. I was having auditory hallucinations. I was really confused about why I worried about harming my son, but wanted to check on him as he slept. And my Medicaid had just been cancelled. Desperate, I walked into my supervisor’s office and told her that I had been diagnosed with postpartum depression and anxiety. I handed her my letter of resignation.

I turned in my badge and my keys. And that was that.

1. Diagnosis and treatment of mental illness must become more inclusive and holistic. It must take into account that mental illness often has as much to do with environmental factors and stress as it does hormones and brain chemicals. After finding nothing in the blood test and brain scans, the doctors gave me two medications, and sent me home. I saw a therapist only twice, because Medicaid cancelled my pregnancy coverage and ignored my appeal. Also, studies of postpartum depression focus mainly on white, middle-class women, and suggest that postpartum depression is caused primarily by changes to the thyroid and/or by the decrease in progesterone and estradiol after an increase during pregnancy (Galea et al. 2001 2, Brummelte and Galea 2010 770, Moses-Kolko et al. 2009). These studies assume that a change in hormones is the only or at least primary cause of postpartum depression, and decreases the likelihood that someone experiencing postpartum depression will seek treatment, particularly if that person identifies as male. The studies also emphasize the health risks to the children of a woman with postpartum depression, ignore socioeconomic factors, and put the sole responsibility on the mother for any negative effects to the child.

2. Family and disability leave policies need to be revised to align with the fact that many positions are part-time and temporary. When I quit my job, I was a high school and adult education teacher in Flint, Michigan. I loved my work. What I didn’t love was that working 35-40 hours a week in a “part-time” teaching position, I was just barely under the minimum 1250 hours to qualify for the Family Medical Leave Act.(1) I also had not yet worked there for a year. Human Resources instructed me to request official leave from the company’s headquarters in Alaska, but I never received a response. I had imagined that I would simply return to work after a few weeks or less, as many new mothers do(2),  but I didn’t expect postpartum depression and anxiety.

3. Hiring policies are in need of change. Once or twice, when I was interviewing for a position as an instructor, the interview team remarked that my employment history was “interesting.” Well, of course it was. In order to avoid a gap in my résumé – and, to be honest, so that I could have time away from my newborn – I had taken a position as a teaching assistant in a preschool for children with special needs. Then I worked for a year as a tutor, after which I worked for another year as an adult education instructor, until the school closed. When hiring, companies and schools should consider their best interests, but they should also consider that mothers – particularly mothers who have taken time off from employment for mental health reasons – are often affected by a poor economy in different ways than men are.

Ultimately, I learned from my experience with postpartum depression and job insecurity. I returned to teaching with renewed vigor and purpose. I realized that I love teaching, and moved to pursue a teaching opportunity in higher education that was good for both me and my family.

Still, I think that some of the difficult aspects of my experience could have been avoided. If I had adequate, guaranteed time to recuperate after giving birth, I could have continued working in a job I loved and avoided a gap in employment. My experience has taught me to be more compassionate and to think carefully about my career. Most importantly, it has taught me that I want to – eventually – write about postpartum depression and advocate for guaranteed maternity leave as well as community supports for women who have been diagnosed with postpartum depression/anxiety.

Are you also interested in changing maternity leave policies and developing support networks for new mothers? Let me know! 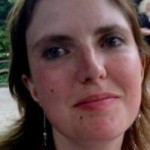 After earning her secondary teaching certification in 2006, Meghan worked in alternative and adult education and with special needs children before returning to school full-time in 2014. Now, Meghan teaches introductory composition and works in student services at the University of Waterloo, in Waterloo, Ontario. www.meghankriley.com