Over the past few years, there has been an increase in awareness about maternal mental illnesses, including postnatal depression, postpartum psychosis, maternal obsessive-compulsive disorder (OCD), and post-traumatic stress disorder (PTSD) following birth trauma. Global campaigns have led to greater public, media, and political awareness. There is now somewhat better understanding about the need for more specialist services, especially more recently in the UK. Although this trend is encouraging, very little is said about fathers. But men can get perinatal mental illnesses too. The relative lack of awareness and understanding for fathers is evident in diagnostic methods, support services, and recognition from perinatal health professionals.

Officially, only mothers can be diagnosed with postnatal depression. According to the Diagnostic and Statistical Manual of Mental Disorders (DSM-5), “peripartum depression” relates to clinical depression in women, where onset is during pregnancy or within the four weeks after giving birth. In practice, those working in perinatal mental health often extend that period to the first year postnatally. Nonetheless, no diagnosis is available for fathers.

The features of postnatal depression in mothers varies little from what we might expect in traditional (adult) depression: low mood and/or lack of motivation for at least two weeks, along with symptoms that might include poor sleep, agitation, weight changes, guilt, feelings of worthlessness, and thoughts of death and dying. So, it could be argued that there is little rationale for having a separate diagnosis. However, for me, there are considerable differences and implications. The most obvious one is there is also a child involved, for whom the consequences of perinatal mental illness can be dramatic. However, the impact for this can be every bit as relevant for fathers as it can mothers.

Evidence suggests that the long-term consequences of postnatal depression on the child can be damaging, including developmental problems, poor social interaction, partner-relationship problems and greater use of health services (including mental health services). That evidence drew on observations with mothers, but there is research that also shows that when fathers show symptoms of perinatal mental illness, their children can show problems with behaviour and conduct.

Around 15% of new mothers experience postnatal depression. It is often thought that postnatal depression is caused by hormonal changes. Although this is partly true, it is quite possible that life factors are responsible, such as poverty, being younger, poor education, or lack of social support. Another potential cause is the sudden overwhelming responsibility of having a baby to care for, and the life changes that it entails. Thus postnatal depression can hit anyone, regardless of education and socioeconomic status. In that respect, there is little difference for fathers, as these are the same risk factors they can experience for poor perinatal mental health.

Though the above factors can apply to fathers as much as to mothers, there is no formal diagnosis of postnatal depression for fathers. Yet evidence from several countries, including Brazil, the US, and the UK, suggests that around 4-5% of fathers experience significant depressive symptoms after their child is born. Some other studies claim that prevalence may be as high as 10%. However, perhaps even more crucially, men are even less likely than new mothers to seek help for mental health problems, perhaps through fear of judgement and stigma.

Societal norms in many nations suggest men should suppress emotion. This is probably even more a factor for fathers, who may perceive their role as being practical and providing for the family. Fathers – especially first-time fathers – might experience many sudden changes, including significant reduction in family income and altered relationships with their wife or partner. These are major risk factors for depression in fathers.

Of course, all of this is just focusing on postnatal depression. There are many other perinatal mental illnesses that are every bit as relevant to fathers as they are mothers. It’s also not just about the fathers’ own mental health (important as that is); they also need information and resources to support their wife/partner should she experience mental health problems. All too often, fathers see their partner develop emotional problems and other significant difficulties and have no idea what to do. The UK co-founder of International Fathers’ Mental Health Day (Mark Williams) has often retold his story on blogs and international media. Mark’s wife experienced postnatal depression, but we also see fathers struggle to cope with other maternal mental illnesses, such as postpartum anxiety, OCD, or even psychosis. There are limited resources for support across the UK, but I have a listed a few of those on my web page for fathers.

Another serious perinatal event worth mentioning here is birth trauma. For far too long, the impact of birth trauma (for both parents) has not been given the attention it needs. Birth trauma can occur for any unexpected birth outcome, such as unplanned caesarean through to events that could lead to potential loss of life. Mothers’ experience of trauma increases the risk of developing PTSD. And yet, few get sufficient support to reduce that risk when there has been birth trauma.

The same can be said for fathers who witness that birth trauma. Fathers could potentially be watching their wife and child die in front of them. At the very least, they are witnessing a sudden, and sometimes dramatic, change in the birth. Working with one of my students, we have recently undertaken qualitative research with fathers who have witnessed birth trauma. Our initial findings show that fathers get little information about what is happening, or what the consequences are likely to be. Fathers also told us that there was no follow-up to see whether they needed support for their own mental health. In many cases, fathers said that they were effectively ignored by health professionals and seen as ‘inconsequential’. This really must change.

So where does all of this leave us? While there have been some great advances in raising awareness about perinatal mental illness and supporting sufferers, we still have a long way to go. I will continue to campaign for better services, educate health professionals, undertake research, and work with support services – for mothers and fathers. But I am particularly concerned that fathers continue to be overlooked. Not only do we need to address the gap in awareness and support, we need to look at different ways to engage fathers and encourage them to seek help. 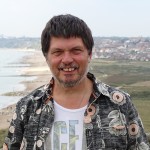 Postscript: I wrote this blog for Postpartum Support International, primarily for International Fathers’ Mental Health Day (June 18th 2018), but much of what I have included here is relevant throughout the year, not just one day. I am an academic psychologist, based at Bournemouth University UK, specialising in mental health – especially perinatal mental health.  I also campaign for better mental health awareness and services and help train health professionals who are involved in the perinatal period. I serve on several UK groups for perinatal mental health, including the Maternal Mental Health Alliance. Locally, across Dorset, I represent a number of mental health charities, including Dorset Mind and DorPIP (a charity providing therapeutic intervention for parent-infant relationships). Within my work, I am one of the few academics and campaigners in the UK who focus on fathers’ mental health. In that respect, I have contributed to several international media articles, including Metro and HuffPost, and featured in this YouTube project. I am father of four (adult) children and have 5 grandchildren (with another one on the way).