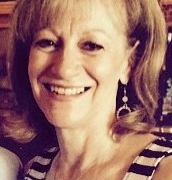 Board of Directors
Nominating and Governance
mary@georgeparnham.com

Mary (Moore) Parnham is currently a paralegal/office manager for the firm of Parnham & Associates in Houston, Texas. This is a criminal defense law firm, most known for representing Andrea Yates. After the first trial, in which Ms. Yates was found guilty and sentenced to life in the penitentiary, Mary and her defense attorney husband, George Parnham, knew that more had to be done to bring about education and awareness in the area of postpartum illnesses. They ultimately became the co-founders of the Yates Children Memorial Fund (YCMF) at Mental Health America of Greater Houston. The mission was to bring about this education and awareness in the area of postpartum illnesses to the medical profession as well as new mothers, fathers and families in Houston and Harris County. PSI’s Annual Conference was hosted by the committee in 2008 in Houston, Texas. Mary is currently the Chair of the Yates Children Memorial Fund.

Mary has her BA from the University of Houston in Criminal Justice and has her Paralegal Certification from Southwest Paralegal Institute in Houston, Texas. Mary has a grown son, four step-children (3 sons and a daughter) and six grandchildren. In addition to her new PSI Board membership, she serves on committees at the Houston Area Women’s Center and Friends of Down Syndrome Educational Center.