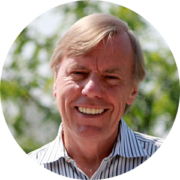 eter Wilderotter is the President and Chief Executive Officer of the Christopher & Dana Reeve Foundation. Since joining the Reeve Foundation in 2005, Wilderotter led the Foundation to its nationally recognized role as the driving force behind the development of novel therapies for spinal cord injury. Wilderotter is also an advocacy trailblazer who has helped to form the emerging movement to improve the quality of life for the 6 million Americans living with paralysis—in his words, the last great civil rights struggle.

Wilderotter also provided prudent and creative counsel to the Reeve Foundation’s Board of Directors that helped the Foundation to persevere throughout the economic downturn, significantly expand marketing and communications programs, and strengthen volunteer relations. He has also spearheaded the ongoing effort to revitalize and diversify the Board, and to secure strong, highly visible volunteer leadership on behalf of the Foundation on a national scale. He has a 30-year track record of success in the non-profit sector. At age 13, he found a lump on his neck which the doctors first thought might be mumps, or possibly a tooth infection. However, a biopsy revealed it was Stage IV Hodgkin’s disease, and on that fateful day, Wilderotter promised that if he recovered, he would dedicate his life to helping others. After more than five years of radiation and chemotherapy, Wilderotter triumphed as a survivor, and while attending Marist College, embarked on his pledge by organizing a team to roll a beer barrel from Poughkeepsie to Newark and back to raise money to fight cancer. As a result, he was asked to join the local cancer society board and upon graduation, his involvement led to a job as Development Director for the Essex County, New Jersey unit of the American Cancer Society. After a stint for the ACS in Boston, Peter returned to New Jersey and was promoted to Area Director.

Wilderotter also served as Vice President of Development at WNYC Radio, the largest public radio station in the U.S., before joining the Reeve Foundation. There, he directed all fundraising programs and was responsible for doubling the station’s income, tripling major gifts to the station, and restructuring the membership department. During his six years at WNYC, Wilderotter won numerous national awards for station growth, direct response results, and program design for on-air drives. He also led an ambitious campaign that provided funds to replace the station’s transmitters after they were destroyed on September 11, 2001.

Earlier, Wilderotter served as Vice President at Planned Parenthood Federation of America, where he directed all public and private fundraising programs. Wilderotter also worked for the NAACP’s Legal Defense and Educational Fund, where, as Director of Development and Public Relations, he spearheaded a historic endowment campaign.

Wilderotter is past Chairman of the Board of America’s Charities, and has served on the Government Relations Committee of the Independent Sector. He currently sits on the Board of St. Benedict’s Preparatory School in Newark, NJ, his alma mater. He is a seasoned marathon runner who raised the largest amount in the history of Boston Medical Center’s marathon program and in 2012, completed his eleventh race in London on behalf of Team Reeve. Wilderotter is a founding member of the Rattlestick Theatre Company in New York City and is the devoted father of four.