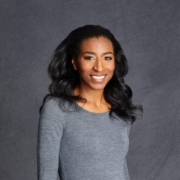 Hello! I’m a maternal health advocate, speaker and writer with a focus on mental and physical trauma due to childbirth and pregnancy complications. In 2010, I experienced a near fatal postpartum hemorrhage immediately following the birth of my oldest daughter. I underwent a life-saving surgery and was later diagnosed with post-traumatic stress disorder (PTSD). Thirteen months later, I had a miscarriage in a frozen yogurt shop in front of several people, which triggered the difficult emotions from the hemorrhage I suffered the year prior. Resources and support for mothers who experienced birth trauma were scarce. I began sharing my story publicly in 2012 and have connected with women across the world who experienced similar birth and pregnancy complications; and the lingering psychological effects.

In 2017, I was appointed by MA State Rep. James O’Day to a House chair seat on the Senator Ellen Story Special Commission on Postpartum Depression. I am also a board member of the Postpartum Support International President’s Advisory Committee (PAC), serve as the Project Lead for Patient Voice and Engagement for the Perinatal-Neonatal Quality Improvement Network of Massachusetts (PNQIN) and am a member of the Massachusetts Title V Maternal and Child Health (MCH) Block Grant Advisory Committee.

Since July 2016, I have served as the coordinator of resources and support for Postpartum Support International (PSI) in the Boston Metro West and Central areas. In this role, I connect women suffering from postpartum mood disorders and their families to local therapists and support groups. From February 2017 – November 2018, I facilitated Emotional Wellbeing After Baby, a free peer-to-peer mother’s support group, at Milford Regional Hospital in Milford, MA.

My goal is to keep patients centered in conversations about healthcare. I want all parents to have their birth experiences validated, no matter the outcome. I am passionate about helping mothers and families feel supported, and know they aren’t alone in whatever their personal struggles may be.