Giving birth to my first daughter was the most empowering thing I’ve ever done, and afterwards I felt as if I could do anything. I’d had a natural drug free birth and we’d found a routine that worked for us despite the first few months of night time colic. I managed to overcome obstacle after obstacle with what felt like sheer power of will, managing sleepless nights and breastfeeding issues, then returning to work at 4 months postpartum.

Things were going well but there was one small thing that nagged at me; graphic intrusive images would enter my head of hurting my baby by accident, or of someone else hurting her. At first, they were easy enough to push away, but I noticed myself reacting to them more and more. I’d position my daughter further away form heaters or doors than she needed to be. If my husband or a visitor had a knife or hot pan in the kitchen, I’d leave my baby daughter in the lounge room, far away from any accidental mishaps.

I knew about postpartum depression and postpartum psychosis; none of the books or pamphlets I’d read had ever mentioned postpartum OCD.

My own mother had intentionally hurt me as a child and I told myself I was just projecting the fear of what she’d done into my own life. I was too scared to tell anyone about my intrusive thoughts, because they were obviously unique to me. No other mother would imagine their child being hurt, would they? If I told a doctor or family member about my thoughts, I worried that my baby would be taken away.

It wasn’t till I tentatively Googled ‘Why do I think about hurting my baby’ that I found that I was far from alone. There were mothers who checked their child was still breathing a hundred times each night or had intrusive and completely unintentional thoughts of harming their child.

The key difference between my symptoms of OCD and real thoughts of intentionally harming my baby was my approach to them. I wanted the thoughts to go away, I didn’t want to act on them. In fact, I’d go out of my way to quiet my obsessive thoughts, using compulsions such as moving my baby or standing away from her with sharp or potentially dangerous objects. These compulsions calmed my thoughts and made me worry less about hurting her.

I found a three-month course online, which helped me address intrusive thoughts using cognitive behaviour therapy and other hands on skills. When I had my second daughter, two years later, I found a good psychologist who helped me talk through the range of issues I faced from my own childhood, which impacted on how I thought about and cared for my children.

My mental health issues weren’t limited to OCD, however. With both of my children, I found myself happy and driven for the first nine months after birth, but numbness would creep in at that point and I’d fall into depression. I was high functioning, but also functioning on auto pilot.

Despite how empowered I felt, I’d emotionally drop as the achievements of the first few months wore off and daily life simply became the same hard work, but with the addition of a child, then two.

Feeling alone was what drove me to seek help this time and finally reach out to both my husband and doctor. Medication helped, as did talking to other mothers and beginning the process of finding a whole new set of friends who were in a similar position and with children of similar ages.

I lost my third pregnancy at 11 weeks and my fourth pregnancy at 8 weeks. That was when I discovered something about mental health; depression after miscarriage was barely acknowledged or recognised. Despite raging hormones and the loss of a child, there was no maternity leave or planned postpartum support after a loss.

Yet again, I was so grateful for my husband and my psychologist and glad that my previous experiences with mental health issues had made me aware enough to reach out and ask for support.

As my story demonstrates, postpartum mental health issues are not mutually exclusive and not all of them are recognised. They are, however, something that every mother experiences in some form. No matter how confused, over aware or numb you feel mentally, thousands of other mothers have felt the same and asked themselves if they’re alone in those experiences.

Don’t try and survive postpartum mental health issues alone. Find other stories online, seek support from your family and talk to a medical practitioner or psychologist. Once you begin talking, you’ll be amazed how many other mothers have been right where you have. 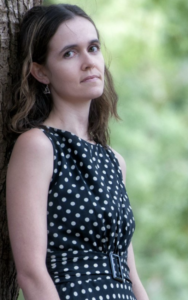 Susannah Birch is an activist, survivor of childhood trauma. She is preparing to publish her autobiography. She is also a writer,  blogger, and childbirth doula finishing a Master of Marketing. She is a social Media addict and loves helping people increase their online traffic. In 2012, she founded a pregnancy website called Trimester Talk which gets over 500,000 views/month. She also shares her thoughts and experiences over on her blog!

MOM CONGRESS 2019 Postpartum Psychosis: I Didn’t Know Motherhood Could Have A Dark Side, Until...
Scroll to top