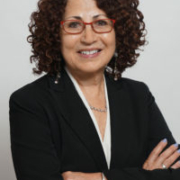 Dr. Feingold presented expert testimony in support of HB 1764 in the House Judiciary-Criminal Committee and in the Senate Criminal Law Committee. This resulted in its unanimous passage in the committees, in the House, and near unanimous passage in the Senate. This bill is now known as PA 100-0574, a new law in Illinois.  It is the first criminal law in the nation to recognize the effects of postpartum illness.

She presented to PRGLAC, the Federal Task Force developing clinical and practice guidelines for safe, effective strategies for pregnant and lactating women.

Dr Feingold has been an advocate in involved in legislative efforts for women with postpartum depression on a state and national level. She served as an expert witness for Illinois HB 1764 in the Senate and the House Judiciary-Criminal Committee to amend the Code of Corrections to consider postpartum depression and postpartum psychosis as “mitigating factors” in sentencing and post-conviction of women suffering from these illnesses.

She has spoken on the subject of perinatal legal issues and advocacy at the annual meetings of the American Psychological Association and Postpartum Support, International in 2018. She presented at the Biennial Perinatal Mental Health Conference in Chicago in 2017, and lectured for CE credits in a 2018 Webinar for Postpartum Support, International.

In 2016, Dr. Feingold received the 2016 Distinguished Alumni Award for her work in perinatal issues and women’s mental health. She had the honor of addressing the graduating classes, faculty and parents at the November 2016 Argosy University graduation ceremony.

She has served as an expert witness to the Illinois Prison Review Board in the petition for Executive Clemency in favor of Debra Gindorf.  She participated in a national presentation with Attorney George Parnham (attorney of Andrea Yates, Texas case) at the Maternal Mental Illness & Criminal Justice System seminar sponsored by Postpartum Support, International.

She has served as President of the Board of Trustees of Depression After Delivery, Inc., and served on the DAD executive board for many years.

In her clinical practice, she has specialized for over 26 years in women’s mental health issues related to reproductive function, including: perinatal depression and anxiety disorders, adjustment disorders, PMDD, fertility issues, pregnancy loss, PTSD, and couple relationship and sexual problems.

Dr. Feingold has taught large training workshops for mental health and health care providers co-sponsored by NAMI and the Lake County Health Department, presented at the Illinois Psychological Association and at the National Association of Social Workers, as well as has been a guest on radio talk shows in 10 major cities around the country.

Past honors include being a representative for the American Psychological Association (APA) at several local press conferences with Representative Bobby Rush (D-IL), as well as in the U.S. House of Representatives at the presentation and passage of the Melanie Blocker Stokes Postpartum Depression Research and Care Act.

Other distinctions include being a keynote speaker at the 2014 Postpartum Support, International conference; and a chair at APA for the panel discussion and film screening of “Pardon My Postpartum; The Depression You’re Not Supposed to Have.”

Dr. Feingold has facilitated support groups for women with postpartum mood disorders, has provided continuing education to providers in health and mental health care. Her earlier clinical work was in such varied settings as a VA Medical Center, an outpatient community clinic, an alternative school, and at Great Lakes Naval Hospital.

Interviews of Dr. Feingold have appeared in the Chicago Tribune, the Chicago Sun-Times, People magazine, Self magazine, and the APA Monitor, and been featured on The Point, a production of Bill Kurtis TV; Channel 7 TV News Report; and WTTW Chicago Tonight with Phil Ponce.